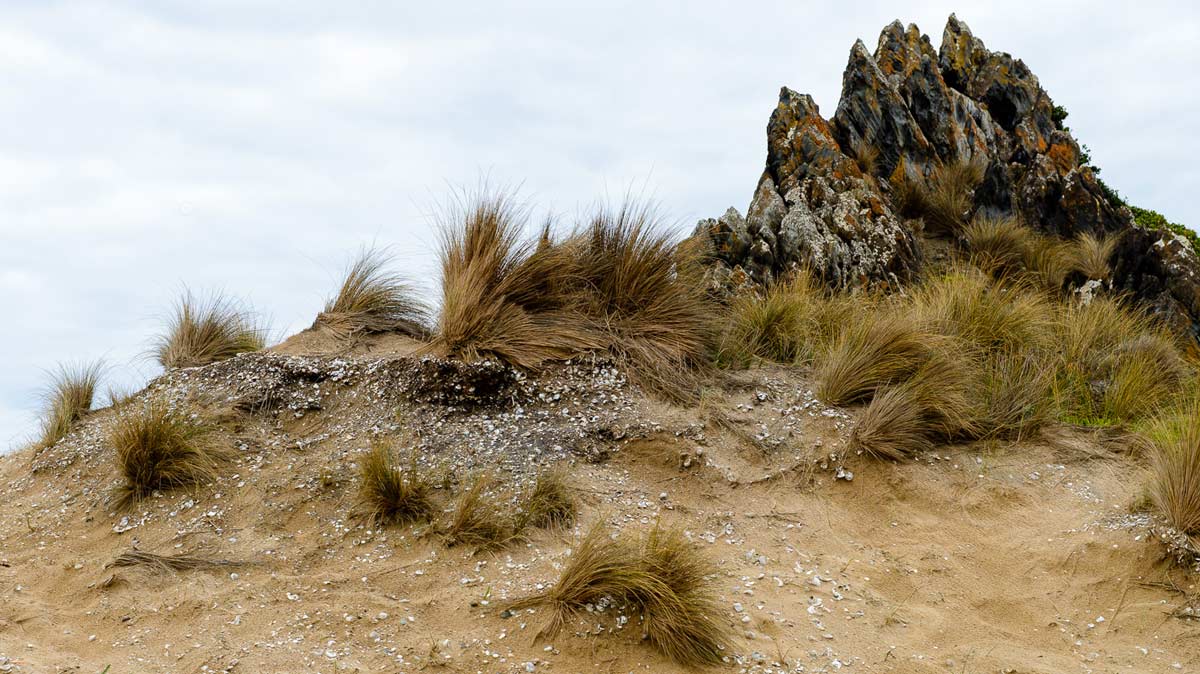 The Tarkine is a wild, spiritual place. An ancient culture remains embedded in the landscape.

The Tarkine is a wild, spiritual place. It takes its name from an ancient culture. The Tarkiner people, who once occupied the coastal region near Sandy Cape, were one of three Aboriginal tribes on the West Coast from the Pieman River mouth to the Arthur River. Ancient middens, hut sites and other artifacts make this coastline one of the richest human archaeological zones on the planet. These reflect a rich indigenous culture and spirituality which Aboriginal people renew in the Tarkine area today.

George Augustus Robinson, ‘Conciliator’ of the Tasmanian Aborigines, lay awake one night in September 1830. He could not afford to sleep:

‘The chief of the Pieman River aborigines [Wyne] sat at the foot of my bed…preparing his spears with which he purposed destroying me, and whilst hardening them in the fire and straightening them between his teeth, at the same time would leer at me with a savage grin thinking that I was asleep…’

Next morning Robinson survived the attack of the West Coast people only by floating across the Arthur River — pushed by his faithful companion Truganini, who perhaps initiated the tradition of the Arthur River ‘ferryman’.

Wyne’s tribe, the Peternidic, was one of three coastal tribes in the area now known as the Tarkine. The Manegin people occupied the country at the mouth of the Arthur River, and the Tarkiner, from whom the region’s present name is derived, lived near Sandy Cape.

Aboriginal tribal cultures were dynamic. The West Coast people had regular hunting ‘resorts’, such as those near the Thornton River, Sundown Point and Rebecca Lagoon. They quarried a stone called spongolite in the Rebecca Forest for the manufacture of tools, and an underwater ochre deposit at the Welcome River for decorative and possibly spiritual purposes.

The West Coast tribes felt bonded to the land. They knew it intimately. People lived in villages in beehive-shaped bark huts. In their seasonal hunter-gatherer regimes, women dived for crayfish, mussels, abalone and shellfish. By ‘firestick farming’ the plains, the men hunted wallaby, wombats, possums, quolls and emus, kept access paths open and replenished the feed. Ducks, ravens and muttonbirds were caught. Eggs, herbs and fungi were gathered.

Although much knowledge of tribal societies has been lost, elaborate death rituals, the use of amulets for healing and the idea of the soul transcending the body were all recorded. Petroglyph art sites at Mount Cameron West attest to indigenous interest in astrology, possibly even its spiritual significance. Ochre was widely used for decorative and perhaps spiritual purposes. Inter-tribal marriage was common, with established courting rituals. Gifts such as a supply of ochre facilitated access to another tribe’s territory during seasonal migration.

From the early 1800s their hunting and foraging regime put the West Coast tribes at the mercy of European invaders. Bass Strait sealers kidnapped Aboriginal women as wives and slaves. The Van Diemen’s Land Company’s (VDL Co’s) annexation of Aboriginal hunting grounds as sheep pasture was equally brutal. Ian McFarlane makes it clear that, against the VDL Co’s wishes, its local agent Edward Curr pursued a policy of Aboriginal genocide. Countless indigenous Tasmanians were murdered by Europeans in the space of a few years, decimating tribal society.

Still entertaining hopes of reconciliation but under pressure from settlers to end retaliatory Aboriginal attacks, in 1829 Governor George Arthur engaged  an ambitious former builder, George Augustus Robinson, to ‘conciliate’ the remaining indigenous people. Robinson appeared benevolent but was increasingly motivated by personal gain. Wyne submitted to the exile offered by Robinson in July 1834, realising that there was no escape from the European invasion.  Within nine days he was dead from disease — along with many other Robinson ‘captives’. He remained defiant to the last. One of Wyne’s final gestures was to remonstrate with his countrymen for not killing Robinson’s Aboriginal party when they had the chance.

Ancient traditions remain alive in the Circular Head Aboriginal community today. For example, the flowering of the blackwood (Acacia melanoxylon) trees represents seasonal change, a signal that the muttonbirds are arriving and the lobsters have borne their young. Where once Aboriginal people hunted to live, the wider Circular Head community — indigenous and non-indigenous — enjoys the Tarkine coast and the Arthur River catchment as a recreational fishing and camping resort. Countless ancient Aboriginal middens, hut sites and artifacts make this coastline one of the richest archaeological zones on the planet. Protecting such sites with their spiritual connection for Aboriginal people is a challenge for today and the future.