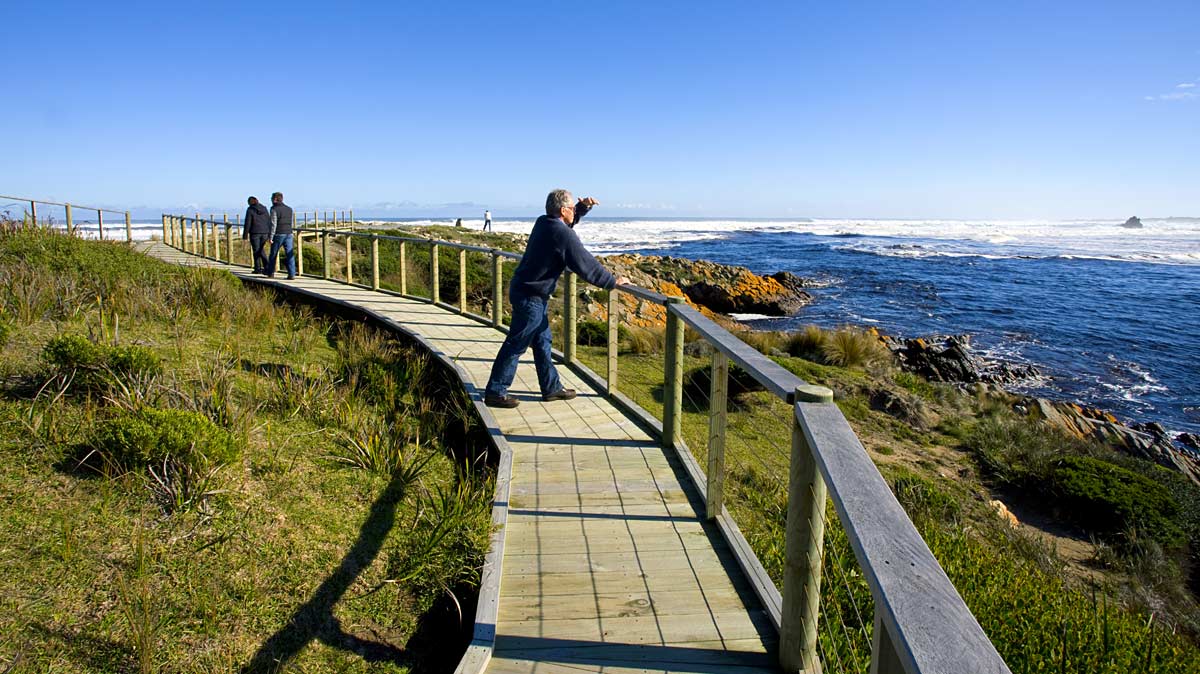 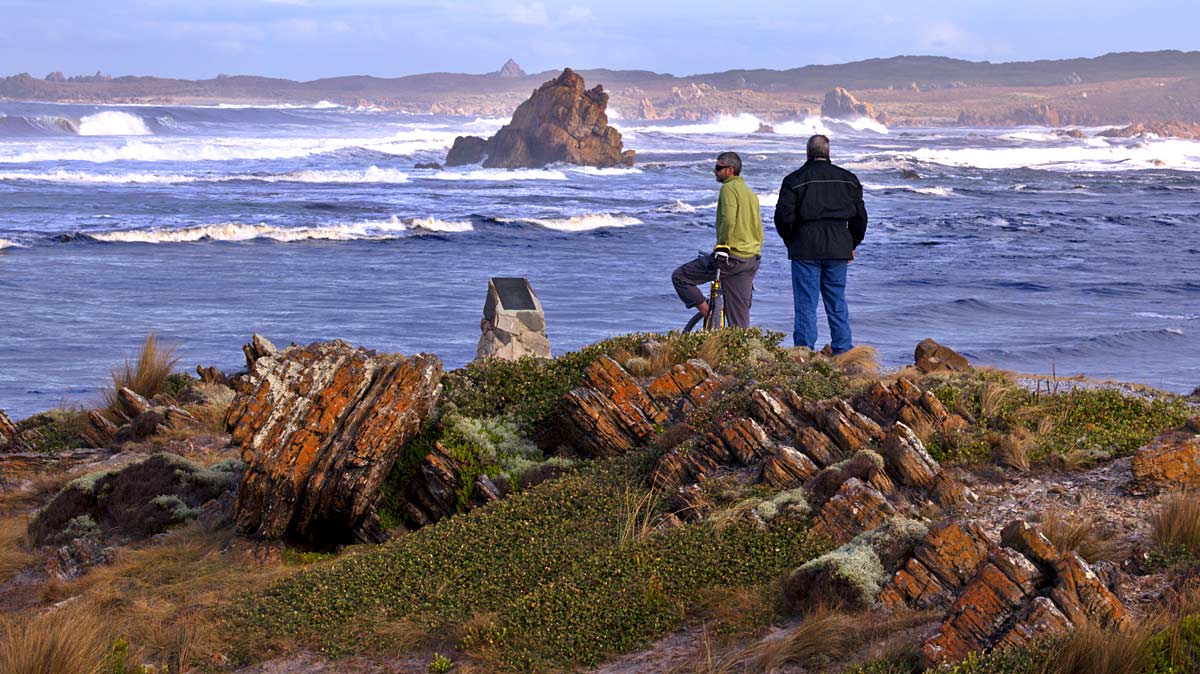 Let nature sweep you away

Tasmania’s wild western river, the Arthur, brews a tempest in the Southern Ocean as they meet. Wind and waves enliven the spirit. Let nature sweep you away.

Tasmania’s wild western river, the Arthur, brews a tempest in the Southern Ocean as they meet. Wind and waves enliven the spirit. Let nature sweep you away. Watch white-breasted sea eagles (Haliaeetus leucogaster) riding the wind to snatch fish from the Arthur River Cruises boat. Or chill out further upstream in the Tarkine’s cool, temperate rainforest. All around, in a silent flurry of activity, an endless, ancient life cycle seems to be playing out, from the tallest giant myrtle (Nothofagus cunninghamii) to bacteria in the humus below.

Wildness enlivens the spirit. Tasmania’s wild western river, the Arthur, brews a tempest in the Southern Ocean as they meet. Giant myrtles which have battered their way down from the Arthur’s mountain heights buffet the driving foam of the Roaring Forties. Let nature sweep you away.

Tune into Tasmania’s ecological balance. Near the Arthur River’s mouth, buttongrass moorlands, once ‘firestick farmed’ by hunting Aborigines, clothe the foothills of the Norfolk Range. Along the lower Arthur’s banks, eucalyptus delegatensis and obliqua (both harvested elsewhere as ‘Tasmanian oak’) preside over wet and dry sclerophyll communities. Endangered residents of this catchment include the giant freshwater lobster (Astacopsis gouldi), the Tasmanian devil (Sarcophilus harrisii) and the Tasmanian wedge-tailed eagle (Aquila audax). White-breasted sea eagles (Haliaeetus leucogaster) ride the wind on two-metre wings to snatch fish from the Arthur River Cruises boat. For more than a century, the Arthur has been famous for its forests, its fishing, boating and birdlife.

Yet Tasmania’s so-called last wild river also gave rise to its industrial economy. Searching for the source of gold which had been panned in the middle Arthur River, the prospector James ‘Philosopher’ Smith instead discovered what was regarded as the world’s greatest tin deposit at Mount Bischoff, at the head of the Arthur in 1871. The ensuing mining boom soon powered the Tasmanian economy, prompting the tug-of-war between exploitation and preservation which continues with the present debate about the future of the Tarkine.

Our values and perceptions are changing. Australia is a hot continent set to swelter with global warming. You might expect the nation’s largest continuous tract of rainforest to be a steaming tropical jungle. It isn’t. The Tarkine’s cool, temperate rainforest has been chilling out our climate for thousands of years by storing carbon. In 1875, when Victorian botanist Sir Ferdinand Mueller visited the Arthur River forests, it was predicted that ‘the enervating heat of Melbourne’ would drive many more Victorians to ‘so delightful a retreat’. Only the hardiest botanists ever got there, inaccessibility protecting that great fire-sensitive Gondwanaland survivor, the Tasmanian myrtle (Nothofagus cunninghamii). Today, in the pristine rainforest, huge deep red myrtles split by a storm bare their figured hearts, beloved of specialty sawmillers and craftsmen (the Australia Prime Minister’s Parliament House suite even features Tasmanian deep red myrtle), only to the visitor.

Yet industry is all through the rainforest. The mossy mud turrets which the freshwater lobster (genus Engaeus, although genus Parastacoides also chimneys) builds to protect its burrows almost turn Tarkine walking tracks into miniature heritage tourism trails. Nineteenth-century Britons who longed to populate the antipodean landscape with the ruined cathedrals and castles of their homeland must have been delighted by these. In their search for grubs, yellow-tailed black cockatoos (Calyphtorhynchus funereus) woodchip entire logs, gouging out bark and wood with their powerful beaks.

All around, in a silent flurry of activity, an endless, ancient life cycle seems to be playing out, from the tallest giant myrtle to the bacteria in the humus below. Pademelons (Thylogale billardiera) spread fungi spores in their scats, helping the growth of eucalypts. Myrtle orange (Cytarra gunnii), an edible fungal parasite, carves the characteristic burls on myrtle trunks. Sassafras (Atherosperma moschatum), the most dominant rainforest species after the myrtle, maintains an ancient partnership by twining tendrils among 400-year-old treefern (Dicksonia antarctica) trunks and fronds, using these eight-metre-high giants as staging-posts in its climb towards the sun. Puffballs (Gastromycetes fungi) await disturbance by animals for the opportunity to propagate by shooting their spores into the atmosphere. The forest seems timeless. Everything seems to take its place in an interconnected ecosystem.