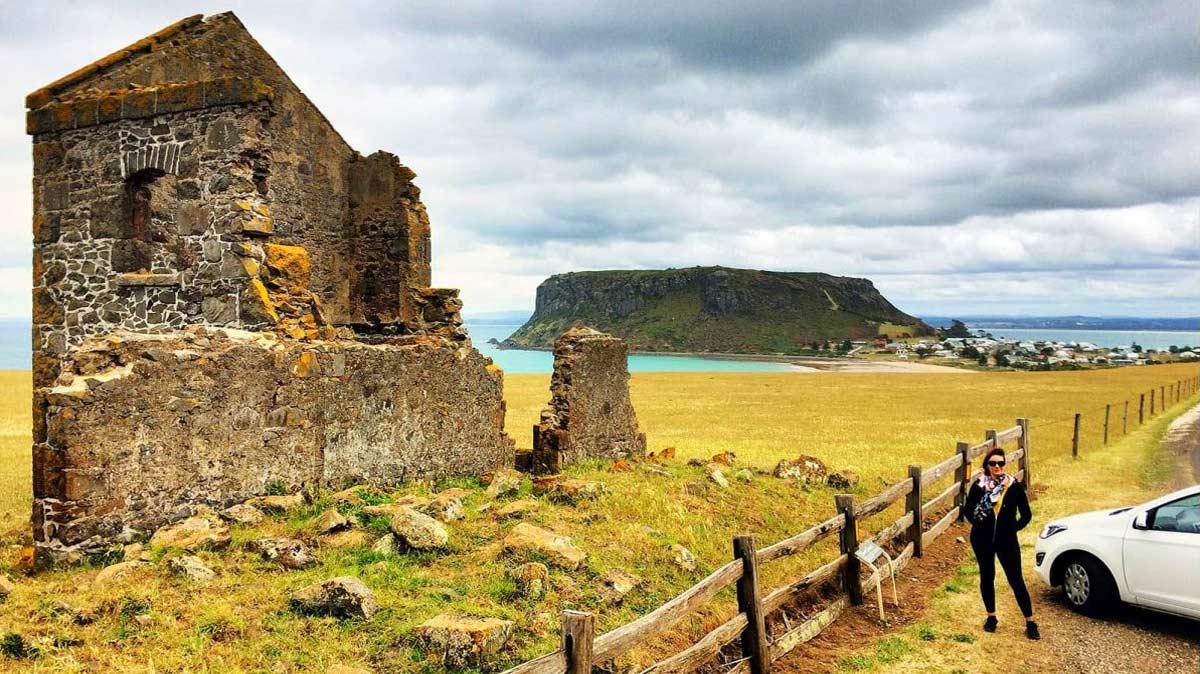 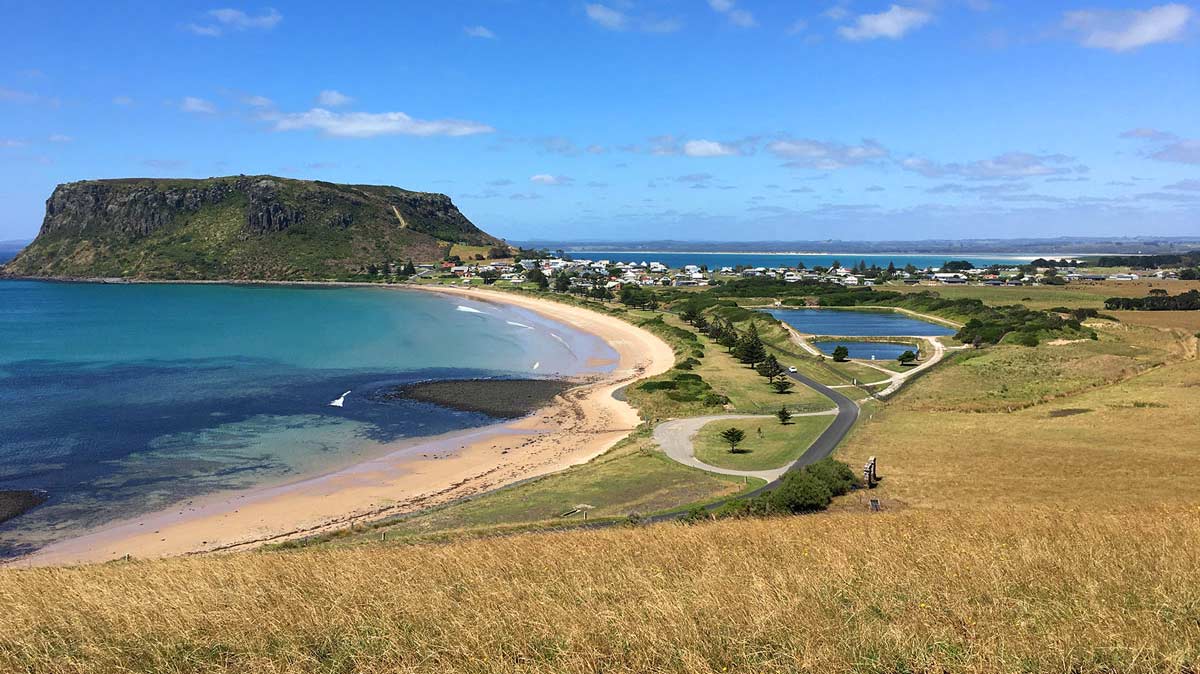 Tasmania’s greatest explorer Henry Hellyer sought inland sheep pasture. He found something that moved his soul instead — the giant forests and ravines of the Tarkine.

Tasmania’s greatest explorer Henry Hellyer sought inland sheep pasture for his employer, the Stanley-based Van Diemen’s Land Company. Instead he found the giant forests and ravines of the Tarkine. A man of artistic temperament, Hellyer was awe-struck and almost starved by these highlands. In 1827, while creeping through the ‘gloomy’ Arthur River rainforest, his party was reduced to boiling their empty sugar-bag in hope of securing some final sustenance as they struck out for their base camp. Hellyer’s final resting place at Stanley captures the tempestuous nature of his Tarkine experience.

Henry Hellyer’s final resting place is suitably romantic. The great bulk of the Nut, a 152-metre-high volcanic plug, rises above his grave like the mountains he challenged. During a squall, nearby Bass Strait roars like the flooded rivers he forded. Sun, rain and wind weather Hellyer’s headstone in the Stanley Pioneer Cemetery just as they once weathered him. Elemental nature has not forgotten Tasmania’s greatest explorer.

Yet Hellyer’s soul was wedded not to the grassy paddocks of Circular Head, but to the giant forests and ravines of the Tarkine and the highlands further east. There it was that he sought pasture for large flocks — and was dumbfounded by wild Tasmania.

Hellyer’s courage, perseverance and privations compare with any in the annals of Australian exploration. In 1827 he was awe-struck and probably traumatised by the experience of creeping through the ‘gloomy’ Arthur River rainforest, his party having to boil their empty sugar-bag in hope of securing some final sustenance as they struck out for their base camp. Hellyer’s open-eyed desperation magnifies every experience, march flies, for example, assuming the size of bees:

The surface soil is actually rank with constantly decaying vegetable matter; its scent is quite disagreeable, and the air in these dense forests is putrid and oppressive, and swarms with mosquitos [sic] and large stinging flies the size of English bees. Daylight is completely shut out by masses of foliage impervious to the rays of the sun….Dead logs and branches impeded us at every step…

Hellyer also penned perhaps the earliest description of an explorer battling his way through thick horizontal scrub (Anodopetalum biglandulosum), the once dreaded Tasmanian rainforest tree which is more easily climbed over than under. How much friendlier the rainforest would have seemed with expert guides available, a map, a marked trail, high-tech waterproofs and a satellite phone!

Although Henry Hellyer was no judge of inland sheep pasture, he was not to blame for the VDL Co’s failure to secure any. None existed in the far north-western sector to which the company had been confined. His greatest achievement — mapping much of north-western and western Tasmania — probably brought him little comfort when his primary goal had failed. He took his own life at Stanley in 1832, at the age of 42 years. Circular Head remained a base for tackling the ‘terra incognito’ of the Tarkine.